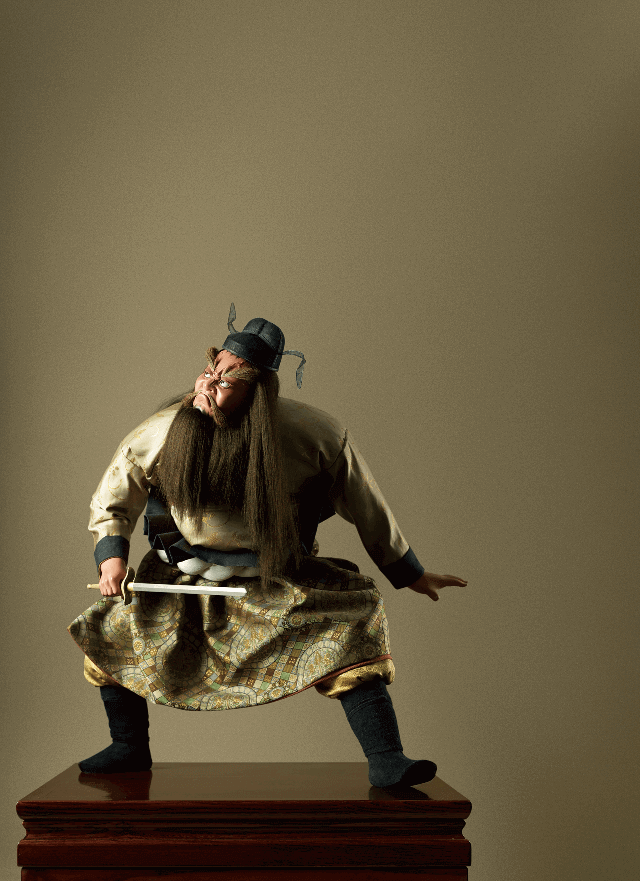 We have developed a technique to breathe new life.
As seen in Hina dolls in the Puppet Festival and Boys’ May Festival dolls in the Boys’ Festival, a culture of presenting dolls has been handed down in Japan as a form of prayer for children’s growth and health. While Hina dolls were toys for court nobles in the 8th through 12th centuries, they became popular among the general population in the 17th century, developing into IshogiNingyo (costumed dolls). In the manufacturing processes of the Edo IshogiNingyo tradition reflecting this history, craftsmen totally devote themselves to every aspect of the work of animating dolls. Whether a doll makes a soft or strong impression is determined by the base-making process – carving eyes, nose and mouth into expressions as if it were a human being, a cutting process following insertion of glass eyes, and the process for opening eyelids and adjusting eye distance. With rouge applied, the dolls have the appearance of being warm and alive, and they are instantly animated after being posed as deformed human beings. Searching for beauty in the everyday life, a craftsman sometimes be inspired by a girl walking on the street. You are attracted by the doll as if eye contact were a fateful encounter. That is because a real life resides in the doll.

Even in modern times, the seasonal festival that falls on March 3rd (Girls’ Day) is an important annual event.

In that another name for this festival is the “Hina Matsuri” (the Dolls’ Festival); it is a traditional event in which Hina Ningyo (Hina dolls) play a central role.

Hina Ningyo roots in Japanese culture are very old, there even being references to them in the Genji Monogatari (The Tale of Genji), a literary classic written by Lady Murasaki Shikibu in the early years of the 11th century. Early on, such dolls were an amusement limited to small circles of people such as the Kyoto aristocracy. However, as the nation entered the Edo Period (1603-1868), greater social stability saw a doll culture diffuse among the masses.

Concerning dolls in Edo, it is said that the opening of a dolls' market at Jukendana during the Genroku Era (1688-1704) during the time of Tsunayoshi (the 5th Tokugawa Shogun) provided a great boost in production.

Jukendana is located in modern Chuo Ward in the vicinity of Nihonbashi-Muromachi. Remaining records indicate that the area was very lively in the old days.

Doll limbs and heads are joined to bodies made from gofun and straw, a doll then being completed by the fitting of a costume. Before completion, however, more than 100 processes have to be carefully carried out.

Concerning modern Ichimatsu Ningyo, they are said to derive from a young doll that was based on the Osaka Kabuki actor Sanogawa Ichimatsu (1722-1762), who experienced explosive popularity around the middle of the Edo Period.

What is distinctive about Edo Ishogi Ningyo (costumed dolls) is said to be their beauty and cuteness. These attributes leverage current sensibilities while also being faithful to technologies and techniques that have continued since the Edo Period. It is also felt that these dolls will continue to work their way into the hearts of future generations.