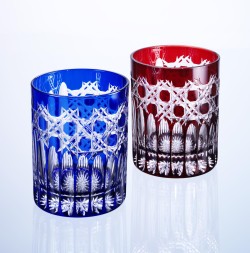 "Traditional Crafts of Tokyo" have been cultivated over many years within the city's cultural climate and history, such arts and crafts are created using time-honored technologies and techniques that have been polished and refined through the ages.

Combining together unique simplicity, relaxed familiarity and superior functionality, etc., traditional arts and crafts enhance and enrich our lives in a manner that mass-produced products cannot. Because they are created by businesses rooted in local communities, traditional arts and crafts not only contribute to local economic development, they also play a significant role in underpinning local culture.

Currently, 41 art and craft items are designated as "Traditional Crafts of Tokyo".

1. The "Traditional Crafts of Tokyo" Seal

The "Traditional Craft Products Designated by the Tokyo Metropolitan Government" seal is a certification whose design combines together the Tokyo Crest and the kanji character "伝" (den), the first character in the conjugation "伝統工芸" (dentokogei or "traditional crafts"). This seal is applied to those products that have passed the inspection process.

2. The History of "Traditional Crafts of Tokyo"

How did the "Traditional Crafts of Tokyo" develop?

During the early Edo Period, the Tokugawa Shogunate (1603-1868) established a system of centralized feudalism, and many advanced art and craft skills were introduced to Edo (modern Tokyo) from Kyoto. The Shogunate also promoted a policy of attempting to develop guilds of superior artisans and craftsmen by inviting masters from Kyoto and creating special residential districts for them within the city, etc.

Following on, certain strains became apparent within the system that necessitated reform during the 100 years or so running from the Genroku Era (1688-1704) through to the Bunka Bunsei Era (1804-1830). The sumptuary laws that were introduced attempted to regulate permitted consumption, and these went so far as to try to restrict the activities of Edo's townspeople. However, these restrictions in fact demonstrated that economic power of the townspeople had gained in force. Thus, the economic focus of the city shifted from the samurai class to the townspeople, and Edo evolved into a city of great consumption, the culture of the townspeople flourishing accordingly. This culture, as represented by the kanji character "粋" (iki or "stylishness"), was expressed through sayings such as; "Spending more money on things the more they are not for show". During this period, many arts and crafts that spared no expense in their production were produced, and many representative masterpieces of such work remain with us to this day.

The "Traditional Crafts of Tokyo" saw considerable development during the approximate 300 years of the Edo Period. This was particularly the case with respect to the culture of the townspeople. Thus, it might be claimed that these arts and crafts "obtained their forms against the backcloth of 300 years of Edo culture."

When Japan underwent transformation from the Edo Period to the Meiji Period (1868-1912) and undertook to create a modern nation state, many technologies were introduced from European countries as the nation became increasingly westernized. For many traditional arts and crafts, this period might also be called a "turning point." As traditional Japanese dress was increasingly replaced by western attire, and handmade manufacturing was supplanted by machinery, many art and craft skills were forced to find new ways in order to compete with modern technologies.

Throughout the eras of Taisho (1912-1926), Showa (1926-1989) and Heisei (from 1989), Japan has advanced on its own path of modernization. While the value of handmade manufacturing has sometimes been forgotten when confronted with this tide of change, the goodness of traditional arts and crafts has nevertheless undergone reappraisal. Thus, we look forward to the present as a period that might be called a "new era of development" for traditional arts and crafts.